It's LINKIN PARK day for CYY 25. We're digging deep into the biggest CYY bands of the past 25 years. Pretty cool that Portland actually has a Lincoln Park, so we have to do one of our CYY faves...THE Linkin Park. LP made it to Portland one time in August of 2001 and it was one of the greatest Rock lineups to ever play Portland. We called it CYY Summercamp "Day Off Fest" and it included a bunch of bands that were on Ozzfest that year. On their 'day off" we talked them into coming to play for us at the Cumberland County Civic Center.

WOW. It was a short but sweet set from Linkin Park:

Thank you LP for BEING CYY. Listen for Linkin Park double shots at the top and bottom of every hour.

In honor of CYY's 25th anniversary, we are giving away 25 Bose SoundLink Color speakers.

All you have to do is download our mobile app to enter. Once you open the app, on the main page in the center black bar will be a button that says "Win Bose Speaker." Click on that and you'll be taken to a page where you can enter the contest.

And while you're at it, be sure to send us a message through the app telling us how long you've been CYY! We may even play your recording on the air. (If you're on the app, click here.)

Ladies and gentlemen, we proudly unveil some pretty cool merch to celebrate our 25th anniversary of being Portland's Alternative Rock Station. Since that moment in 1995 when we played "Smells Like Teen Spirit" by Nirvana as our very first song, we've always been here at One City Center playing Alt Rock and nothing BUT Alt Rock. We've never changed formats, and because of that, we're proud to be one of the longest-running Alternative stations in the country. There's not many of us left! (unfortunately)

That's all just a big lead up to....we have new kick-ass I AM CYY 25 T-shirts, hoodies and stickas for you.

We got Men's and Women's styles for T's and Hoodies. Pretty damn reasonable too. The T's start at $20 and the hoodies at $40.

No matter how long you've been CYY, here's a great way to show the world that you have excellent taste in both radio stations and fashion. Break it in over the Fall and Winter so it can be your go-to concert wear next summer when we can start going to CYY shows together again! Thank YOU for being CYY

This merch unveiling is just the beginning of our celebration. Coming soon it's CYY's 25 Bands in 25 Days. Plus your chance to revisit with old CYY DJ's and win some really cool stuff along the way. Once you're CYY, you're ALWAYS CYY. 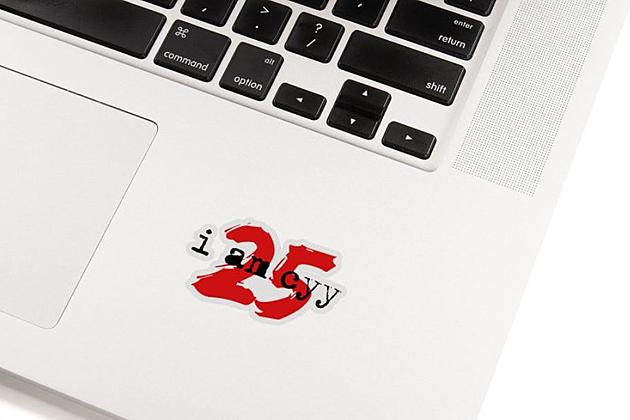